Constructivist learning theories such as “Discovery learning” and “Inquiry-based learning” are promulgated within the educational community as alternatives to so-called “positivistic” approaches to learning wherein students learn (sometimes through memorization) certain facts and principles.  The goal of the constructivist is to help the student learn to think for her or him -self and to reason from what is “given.” To the extent that this is what happens, this is a fine idea. However, because many people are not as smart as the original thinkers who proposed the idea, it is often misused as an excuse to avoid teaching students anything at all. Sometimes this is pure laziness on the part of the teacher, sometimes it’s because the teacher is actually unfamiliar with the content.

Each of us solves problems by bringing to bear our knowledge and experience.  Yes, by solving problems we also gain experience and (to a lesser degree) knowledge, but these two things are not the same.  To the extent that constructivists mix these up, they are dismissing basic principles of information theory. It is a central concept of the information processing paradigm that one can trade off computation time for information and vice-versa.  If we ask each person to spontaneously reinvent the wheel we are doing them and humankind as a whole a disservice.  The student is not served since he or she is acquiring process knowledge of problems which have already been solved and thus do not have any “street value” so to speak; society is not served since, given that education time is fixed, we will produce people who do not have sufficient knowledge to survive in modern society.  In the seventeenth and eighteenth centuries it was possible for a person to be familiar with virtually all aspects of science and the humanities – today it is not.  However, there is a core of knowledge which is required to thrive in our society, and it takes increasingly long to educate people to this point (thus the increasing need for post-secondary education); we don’t have any time to waste.

To the extent that we ask anyone to spend time figuring out how to solve a problem for which a solution method is already known, we are asking them to waste their productive time on this planet.  They will not gain advantage from it and neither will the overall quality of life be enhanced by doing this. The concept is anti-societal evolution.

Of course, it is necessary to educate people in problem solving methods – this is critical.  In fact,  I am often appalled at the lack of ability that people display in this area, including car mechanics and medical doctors.  However, it is not sufficient to simply let children loose on a problem and see what nifty problem solving approaches they come up with – sure, this is fun and a good exercise once in a while, but they must also be trained in the methods already known to solve the problems presented.  Not many of us have the creative problem-solving ability of Newton or Einstein, for example.

It is a good point, citing Dewey, that school instruction is plagued by a push for quick answers.  However, this is not just because children are taught pat answers to problems, it can also be caused by teaching students to believe that things are much simpler that they really are.  Today, people come out of school (high school and college) believing that all problems have ready solutions; they attack an issue without really understanding it, and fail to see the intricacies involved.  How much worse will they be when we teach them from a small age that they can solve every problem from base principles (intuitively derived at that!), that expertise has no value, and that it is not necessary to actually know anything before one sets out to solve a problem?

Heibert et al’s argument fails when they admit that: “Clearly students…would make very slow progress if they were asked to rediscover all of the information available to the teacher.”  Once this is admitted, there is no justification for the rest of the argument.  Letting the teacher decide how much “self discovery” is enough is a slippery slope from which there is no recovery; human nature and the realities of life should dictate that we teach what society has learned – this is the essence of human progress (such as it is).

A bridge built by constructivists? 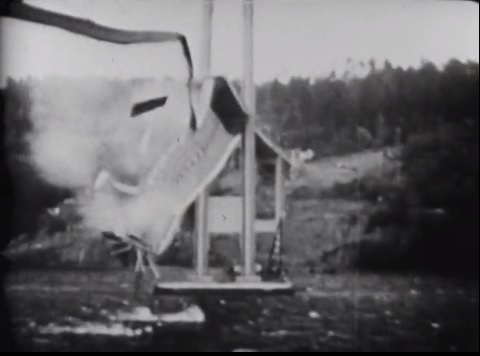 The old maxim says that we must not only know, we must do; however, we must also do something useful, not just do something for the sake of doing something.  Once again, an originally useful and interesting idea is being misused in the hands of the wrong people.

Quote of the month

“Whereof one can not speak, thereof one must be silent”
— Ludwig Wittgenstein